Ranked as a Top 1% Invisalign® provider in the US. 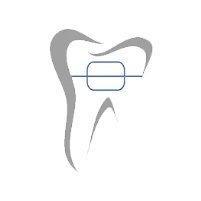 The trapping of the lower jaw, in addition to causing overbites and TMJ Dysfunction, can also lead to the serious medical condition of Obstructive Sleep Apnea (OSA).

So just what is sleep apnea?
Apneas (meaning, “without breath”) are the result of pauses in breathing, and by definition, are when a secession of breathing lasts for at least 10 seconds.

Although there are many types of apneas, Obstructive Sleep Apnea (OSA) is by far the most common type and is the result of a blockage of the airway while sleeping. Snoring results from a partial obstruction of the airway and is the body’s early warning sign for the possible future development of OSA.

Illustration showing the developmental stages of OSA: Normal breathing; snoring as a symptom of a partial obstruction; and complete obstruction resulting in an apneic event (OSA).

Repeated apnea events throughout the night are classified as mild, moderate, or severe, depending on the age of the patient and the number of apnea events that occur per hour of sleep. Repeated pauses in breathing cause a reduction in blood oxygen saturation which has many negative effects on the body. Although OSA is typically thought of as a problem for middle-aged, overweight males, the truth is that OSA can, and does, exist in a very broad range of the population. Young and old, male and female, large and small, all have the possibility of OSA.

It is considered very serious if a child has even a small number of apnea events because of the immediate effect and the fact that the condition has grave developmental implications. Mouth breathing, behavioral and cognitive problems and hyperactivity have all been directly linked to childhood OSA. A child with a deep overbite and a retruded or recessed lower jaw has a serious, developing problem that needs correction by orthodontic/orthopedic means. If the narrow upper jaw and overbite are not corrected in an ideal manner, by enlarging the constricted upper jaw and freeing up the lower jaw to come forward into the ideal position, the die is cast for OSA. We as orthodontists have a unique opportunity to literally change a young patient’s future by treating with airway concerns in mind. Because OSA is a progressive disorder that intensifies with age, it is better to address these issues as early as possible, but also be aware that treatment for this disorder can be accomplished at any age.

Most people with OSA have a narrow upper jaw. The nasal airway can be compromised because the palatal bone, that is at the roof of the mouth, is the same bone that is on the floor of the nasal passageway. When the roof of the mouth is constricted, then the nasal airway is also constricted. This is the first of two choke-points that air has to pass through to get to the lungs. Also, this narrow upper jaw typically will cause the lower jaw to be recessed by trapping it in order to allow for comfortable occlusion of the teeth. The recessed lower jaw causes the tongue space to be reduced and the tongue has to more toward the back of the throat, the airway’s second chokepoint, creating the likelihood of Obstructive Sleep Apnea. This classic pattern exists in almost all people with OSA.